Notice: the athlete information is a work in progress. Please refer to Deaflympics website for reference for a USA Deaflympian. 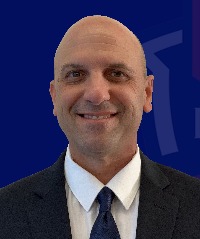 Ralph Fernandez brings a wealth of professional experience to his current roles as Database Administrator of Visual Language and Visual Learning (VL2) at Gallaudet University and Information Technology Officer at ICSD. Ralph hails from southern California, and currently resides in Washington D.C. He earned his undergraduate degree from Gallaudet University in business management. A first-generation Cuban-American, Fernandez is also fluent in international sign.

Fernandez’s experience as a competitive rider led him to serve various roles in international cycling, first as a coach at the 2007 World Championships (Mountain) in San Francisco and 2009 Deaflympics (Road) in Taipei. He later served as Technical Director for international cycling competitions from 2010 to 2017. As a Title IX advocate, Fernandez realized the lack of exposure for women’s cycling at the international level so he pushed for the sport to be incorporated in the World Championships and Deaflympics. Thanks to Fernandez’s persistence, women’s cycling grew from 2 events in Mont Tremblant, Canada in 2011 to a full field of 5 events in Samsun, Turkey in 2017.

His involvement with International Committee of Sports for the Deaf (ICSD) since 2004, Fernandez is very familiar with the structures of these organizations. He was a member of the Games Organizing Committee for the 2007 Salt Lake Winter Deaflympics. His tireless work for ICSD earned him the highest honor bestowed by the organization, the ICSD Medal of Honor, at the 2017 Summer Deaflympics in Samsun.

In addition to his cycling expertise, Fernandez’s skills as an artist also led to his creation of the USADSF and the current Deaflympic logos. Fernandez is an active member of the deaf community. He founded dVELO, a cycling group for the deaf members in Washington, D.C.

He has two children, Ryland and Sophia. He counts biking, hiking, traveling and scuba diving among his myriad of interests.