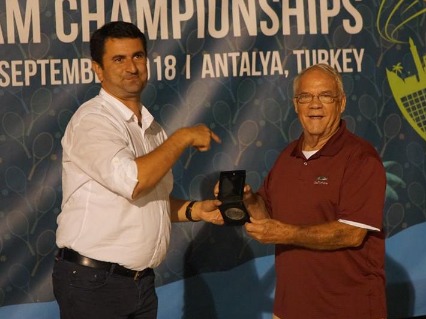 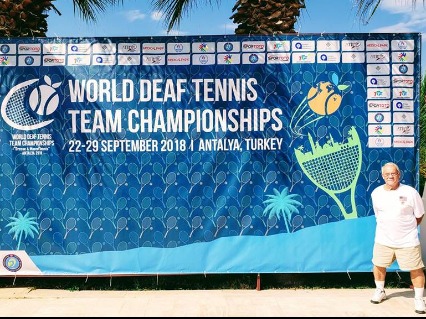 On September 29, 2018, the President of the Turkish Deaf Sports Federation and current Board Member of the International Committee of Sports for the Deaf (ICSD), Yakup Ümit Kihtir, awarded the Medal of Lifetime Achievement to Howard Lee Gorrell of the United States. The award ceremony took place in Antalya, Turkey, during the closing ceremonies of the 2018 World Deaf Tennis Team Championships.

Howie was honored by Sen. Ted Stevens in his speech to 2,000 delegates at the banquet of the annual United States Olympic Committee House of Delegates meeting at Colorado Springs on April 28, 1979, for Gorrell's efforts in connection with the passage of the Amateur Sports Act of 1978. Stevens said: “Howie Gorrell has a dream. He wants to see more national governing bodies integrate handicapped athletes into their programs. He wants expanded programs for handicapped athletes. The Amateur Sports Act is going to help him achieve that dream."

Michael Hannigan, former executive director of the President’s Commission on Olympic Sports, said about Gorrell, “Howie has been a crusader for the disabled in sports for a good 45 years; no surprise he is still involved and competing. Howie was instrumental in helping us get legislation passed with the USOC on issues affecting the disabled in sports.”

USADSF congratulates Howie on receiving the Medal of Lifetime Achievement, and the Board wholeheartedly thanks Howie for his lasting commitment to continuing the mission of advancing the inclusion of deaf people in sports.