Noah: Hello! Welcome to the USADSF Spotlight with Noah. I am Noah Valencia. Our guest today that we will interview is Tamara Foronda Coleman who is also known as “TJ”. She is an incredible athlete who played three different sports in three Deaflympics, one sport per Deaflympics. In 2001, she played handball then in 2005, she played beach volleyball, and in the end, 2009, she played volleyball. Wow. I am really excited to interview her today!

Noah: Can you describe how you decided to participate in three different sports? And How you were able to develop elite skills for each sport since all three require different skills and strategies and still being able to excel at it.

Tamijo: Well, why did I decide to play all those three sports? It was about open opportunities and my love for sports. I love to play sports. I love to compete. I love the game. It is the concept of playing against others, playing with teammates, and developing bonds. I loved that. I love training and getting better than I was yesterday. So when an opportunity comes, I grab it, you know? And yes, sometimes I fail. But you know, when you fail, it does not mean that it will stop you. When facing failure, there will always be another opportunity opening up, I will go ahead and go on that path. So that is the reason why I play three different sports. How did I train for it? Again, going to the first one in handball, I was in high school and already in training to be in shape to play sports. In the second one for beach volleyball, I was in college that time and I was already exercising frequently and playing sports often. I already had that training within. Beach volleyball was truly an interesting experience because I trained on my own with Sarah (Parker) without any coach. So I trained when we could. That striving attitude and intensity is what I have inside me. That is why I have reached where I am today. Then, for the third one, the training experience was incredible with a total of six weeks at Gallaudet University then at Taipei. I ended up getting second place.

Image: Tamijo in red uniform where she is attempting to deliver a kill over two Ukraine players during the 2009 Deaflympics at Taipei, Taiwan.

Noah: Agreed! It is important to have a passion. It is the key where it brings you to many things, including experiences. You know, many people look at beach volleyball and indoor volleyball as the same thing but in reality, it is a totally different sport. Can you explain what is the difference between these two sports?

Tamijo: It is funny that you asked about people thinking that beach volleyball is the same as indoor volleyball. No, it is truly different than you can imagine. But yes, the volleyball skills, such as bumping, setting, hitting, serving, defense, and movement could be similar. But again, it is totally different such as in indoor volleyball, we play on hard courts while beach volleyball, we play on the sand, obviously, so it is tough to get around. Indoor volleyball has 6 players on the court which means that you have less movement required, well… yes, less movement because I have my own area to cover. Meanwhile, with beach volleyball, you have two players so we have to move more to cover the area of play. The line of the court is different too. Beach volleyball is a little smaller while indoor volleyball is much bigger. While serving the ball, during an indoor volleyball court, when you serve the ball, it is entirely on your own. If I make a mistake like getting the ball out of bounds or hitting the net, it’s my fault. During Beach volleyball, the wind plays a part, while serving, so I have to worry about the wind l, where it will make the ball curve. Sometimes, the weather is blazing hot even with our glasses on, it is still hard to play, with the sun in our eyes. Sometimes, the sand becomes so hot that I have to use socks and sometimes, I dive for the ball, I feel burned from the sand. Wow. It is just a different experience. I truly enjoyed it.

Image: Picture of Tamijo wearing a red and blue beach volleyball uniform and wearing glasses attempting to bump the ball over the net. The fans surround the sand court, taken in 2005 at Melbourne, Australia.

Noah: I see that these two sports are different. And yes, the weather plays a big role.

With your experiences, during your journeys, did you encounter any challenges?

Tamijo: What is life without challenges? What is sports without challenges? I am thankful for those challenges that I encountered because that is where it got me to today. Well, I could name a few. The one of the biggest challenges that I faced was when I tried out for the indoor volleyball team for the Deaflympics. I made the team but they had a second tryout so I decided to join the second tryout. I did not expect that my knee was hurting so bad and I tried to play through my pain during the tryout. And I ended up not making it on the team and I felt stumped and faced with a brick wall right in front of my face, stopping me. I was already on Gallaudet University’s Volleyball team but I did not make it for the second tryout for the Deaflympics team. That was probably my most stumping experience. What challenge that I faced was that I had to swallow my pride. But then another door opened up for me and that was beach volleyball. In that year, beach volleyball was a new sport for me so I had to adjust with my partner, Sarah (Parker). It was a new sport without any coach involved. We were on our own. Wow. It was the biggest challenge. And with that training and passion to strive for greatness, we ended up getting third place (bronze) at Australia at Deaflympics. We met so many people. The positive bonus of that experience was ending up being selected as Widex Sportswomen of the Year Award for 2005 Deaflympics. Wow. It was truly nice. You know, sometimes you have to face frustrations or barriers to receive a rewarding experience in the end.

Image: Tamijo and her partner, Sarah Parker, in their beach volleyball uniform. They are holding a USA flag behind them while holding beach volleyballs and standing on the sand. Tamijo’s number is one.

Noah: A beaten pride is a tough thing to overcome and you beat it. Wow.

Being a Filipino athlete, would you have any advice for any Filipino or people of color who aspire to play on an international level?

Tamijo: About being a Filipino athlete or a person of color, my advice is don’t give up. You know, we, people of color, go through different experiences, in forms of being oppressed. Our challenges are greater compared to those of white people but don’t let that stop you. Do not let it be that white people are having their lives easier affect you. Does that mean that our people, people of color or Filipino people can’t have it? No! Overcome it. Overcome that obstacle that comes up in your way. What brought me here today was my grit and inner fire attitude. The challenges that I faced while being raised, when I experienced a lot of oppression in different ways based on my skin color, yes, but that fire inside me told myself “No. I can do this.” That is how I got here to where I am today. Be determined, Don’t give up. If an opportunity that presents itself to you is blocked, find another way to get there or seek for different opportunities to get there. Don’t let that prevent you from reaching various international opportunities and experiences which are awesome experiences. So that is my advice. Be determined, Have the grit. Don’t give up. Light the fire inside you! The bottom line is do not give up!

Noah: Grit! yes! I want to thank Tamijo for sharing a lot with us today! I truly enjoyed interviewing you today!

Tamijo: I want to say thank you for interviewing me. I feel honored! And again, never give up on your dreams. Don’t stop holding that grit, fire and passion inside you. Stay safe and stay healthy. I love you!

Noah: Until then, so long! 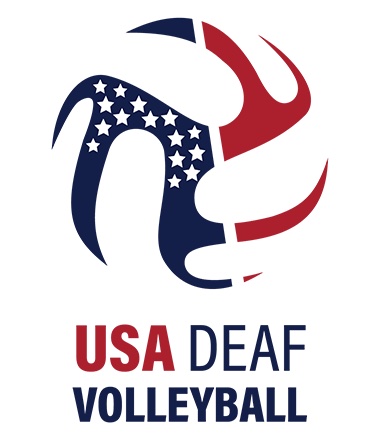