Noah: Hello! Welcome to USADSF Spotlight with Noah. I am Noah Valencia. I am excited to be interviewing Keith Sanfacon who is an elite track runner, holding an American record in 3000m. He also happens to be my professor at Gallaudet University so I am excited to interview him today.

Noah: Before we proceed with the interview, would you like to introduce yourself first?

Keith: Before I share my experiences relating to Deaflympics, I would like to let you all know that I am a transgender person. What does this mean, you may ask. I used to be a woman, competing in women races. You may look at my appearance and wonder how I competed in the women races as a male. With this information, you now know I am a transgender person going through this interview. Enjoy this interview, let’s proceed.

Noah: Thank you for sharing!

Noah: You were only 16 when you first participated in training for USADSF. How did USADSF find you? You were in a mainstreamed program, how did you come to represent USADSF?

Keith: Someone at my high school mentioned the World Games of the Deaf, (WGD) that was the previous name of Deaflympics. I learned that there were tryouts for WGD. I asked for clarification and was told, yes, there were tryouts for track and field. That definitely caught my attention. Right after I got home, I immediately told my mom and dad that I definitely want to try out. They were supportive. I participated in the tryouts in both 3000m and 1500m and came in second in both events. I was so excited and reality hit me that I was indeed going to WGD, on the US Deaf track and field team. You have to be on the top 3 finishers to be on the team, that was it, based on the timing results. The 4th, 5th, 6th finishers were out and not given a chance. I was so excited and ready to start my one year training immediately, working with my high school track coach. He congratulated me and asked me, “Now, what do you want to do and what is your goal?” I told him I wanted to time 10:15, from my previous time of 11:33 in 3000m.

Noah: Beautiful! That is a great answer! I enjoyed it.

Noah: Before you went to Deaflympics, your team met up at the Olympics Training Center in Colorado. Can you explain what the environment and your schedule were like.

Keith: Wow, the Olympics Training Center was amazing! The center was located only one block away from the Colorado School for the Deaf where we stayed for three weeks in the dormitories. We would commute on a daily basis, either by walking, running, riding bikes, or getting on the bus, going back and forth, repeatedly, everyday for three weeks. That was cool because during these times, we interacted with other athletes while transporting to the center and getting to know one another, asking about their training. The training center was the place where we trained and had our meals. The experience was wow! The community, neighborhood outside of the training center treated us with huge honor, not just because we were deaf but we were all elite athletes from all over the country to train. The training center was the pivot center of the neighborhood, letting us use their facilities. The track field was right on top of the hill with a beautiful mountain setting that made us feel like we were on top of the world, breathing in fresh air!

Noah: Ha, yes, I can imagine it was beautiful!

Keith: Going down, nearby was where food was provided, top of the world prepared meals that were constantly available 24/7. It was never closed! All you can eat, we ate and ate. The food was champ!

Noah: That must be an athlete’s dream!

Keith: Oh yes, definitely! An athlete’s hotel, no question about it!

All of us, the athletes in all sports, carried out a consistent routine schedule everyday. We would get up every morning at the same time, go to training, return for breakfast, go back for training and then return to the dorm to rest, and then back for afternoon training. This went on and on, all day long, like a cycle that kept on going again and again.

The rest and recovery, these two are very important parts of the training program. Also, mediation is also very important. What I did every evening was to go to bed precisely, at 10 pm.

Keith: Every evening, at 10 pm. I was the only one, in the room filled with twin beds, being the first to go to bed. In the afternoons, I would mediate on my own, daily for about 20 minutes while resting. The mind is a powerful influence on our bodies, on how you perform in sports that it takes time to process rather than mediating right before a game or event. It takes 3 to 4 weeks to mediate to internalize your goals in your mindset. That is important.

Also, before I went to bed, there was a blackboard above my headboard that I drew with how many days left to go to Los Angeles - 1985, a countdown. I would write 20 days, then erase it to 19 days, countdown to 0! And zoom to LA! Celebrating my 17th birthday on the plane with cheers!! That was cool!

Noah: Ha, Nice celebrating your 17th on the plane, landing to LA! That was nice, a dream!

Noah: I understand that you were considered to be the underdog as an athlete and that there were a lot of record breakers out there the same as you.. I would like to hear your story as a record breaker. Please share.

Keith: Sure. I want to talk about my 3000 meter experience. First, a lot of people knew about two notable athlete women who competed against each other in 1977 and 1981. Everyone was watching them for the 1985 games and they basically overlooked me. I took advantage of the situation because there was no pressure on me. I was able to train without worry or pressure unlike these two other women. So, at the beginning of the 3000m race, I decided to run 100 meters ahead of all other racers and the crowd was looking at me as a amateur who ran too fast in the beginning. The 3000 meter race is 7 and half laps long so at the final 1 and ½ lap, I was still leading and these two women were shocked at my lead so they worked hard to catch up to me. At the last 200 meters, they caught up to me. One passed me, and the other one was still trailing right behind me. The race finished with one woman two seconds in front of me and the other a second or two behind me. After the race more people came up to me and recognized me. During breakfast, lunch, dinners, people would come up to me and introduce themselves and ask about me. They started to give me advice such as don't run too fast in the beginning of the race. But what people didn't realize is that my pace for all laps were pretty even except for the last 400 m where my time slowed down. The oils in my legs ran out. I ran really fast and I really tip my hats off to these women who worked hard to catch up with me at the end of the race. (just one woman beat me for the Gold at 10:11; me at 10:15 and 3rd at 10:16) I still broke the American record with a 10:15 time even though I did not win.

Keith: After that experience, I was able to qualify for the Foot Locker Championships, back then, it used to be called the Kinney Cross Country Championships, competing against all hearing athletes. I placed 31st in the country.

Keith: Yes. In fact, several of them were former and current Olympic athletes. I ran with them! And also, I competed in the NCAA regional championships in 1987. My name is listed in a lot of records at Gallaudet University and all of them were from my freshman year. A lot of people thought these records were from my second or third years but no, really, they were all from my first year at college. These 3 events, Deaflympics, Foot Locker race and the NCAA regionals were my three highlights from my running career. Very memorable.

Noah: Is there anything else you would like to share with our viewers watching this interview, such as stories, experiences, or any inspiration quotes?

Keith: Yes. As I look back and think about this... deaf LGBTQ within this group of athletes, coaches, and sport leaders, have known each other and looked out for each other. Some friends or teammates are supportive and accepting of who they are, some supported by coaches; and sport leaders. Over the years, I’ve noticed more athletes and coaches are coming out and being open publicly and I thought to myself, why not step in and do this interview and embrace my running history and now embracing my identity. I find that it is strange for me to discuss my history as a female with a male appearance now but that is who I am and that's what I embrace. I have reflected on how It is really important for our deaf community in sports (athletes, fans, coaches, leaders) to learn from our experiences and struggles; past, current and future from these LGBTQ coaches, athletes, and sport leaders. Really, all we need is your support, understanding, acceptance, safety and especially, respect for these athletes. It’s really important to respect these athletes regardless of your personal opinion. I want to speak up for those deaf transgender athletes. Please call them by their current name. Don’t ask them about their previous names. It is their current identity. Just like I explained in the beginning of the interview, I am now Keith. For all those athletes, LGBTQ, I want to tell you to EMBRACE your hard work, dedication, practicing, competing, and most importantly, your identity with pride.

Noah: Wow. Beautiful. Thank you. I learned a lot from you. I really enjoy being a student of yours at Gallaudet, I enjoyed the last 4 years under you and I look forward to the future with you. It is always a learning journey for everybody including yours as an athlete and a transgender person. I’ve always called you Keith and your previous name stayed in the past. I want to thank you for sharing your inspiring words with all of us, especially for our transgender athletes who are going through a similar journey.

Just a beautiful interview. I got inspiring chills from this interview. Thank you Keith for sharing your raw feelings and stories. Until then. So long. 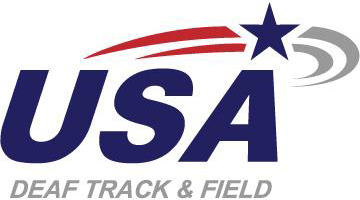